There is so much to celebrate about Mexican culture. Mexican culture is full of pride, beautiful art, and there are so many things you can appreciate about it. One you can enjoy at home is cooking and baking. 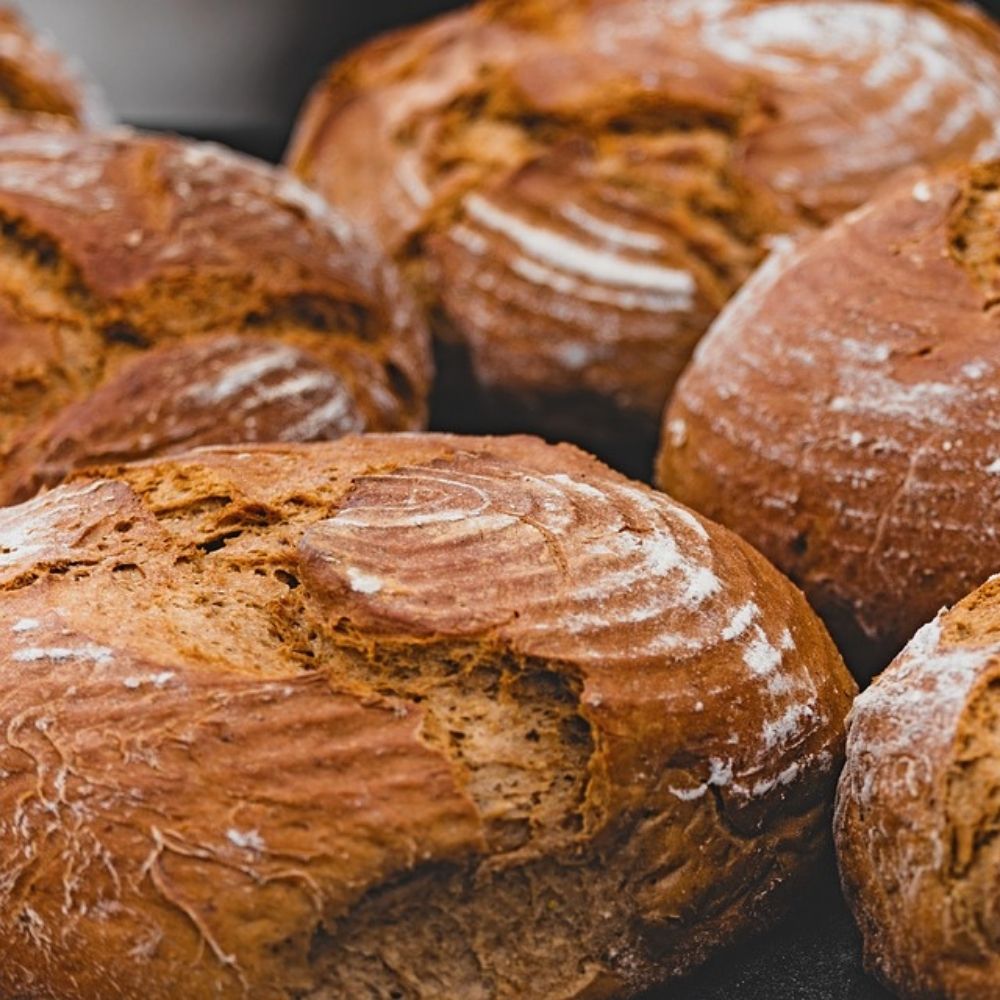 There are so many delicious parts of Mexican cuisine to choose from, and it can be hard to know where to start.

Mexican bread is perfect for any time and can be enjoyed by everyone. You can use these recipes for breakfast, lunch, dinner, and any occasion in-between!

They are perfect for grabbing and going in the morning or can be an excellent choice for a dinner party.

Whether you’re just starting your journey into Mexican baking or if you’re an experienced baker, there are recipes on this list for you!

All of these are delicious and will be worth the time they take. Once you start enjoying pan dulce, you won’t go back to basic bread ever again.

A concha will likely be the first thing you think of when you first think of Mexican sweetbreads. These shell-shaped pan dulce are sweet without being overpowering and are sold in pretty much all Mexican bakeries.

The distinct look of this bread is made by making the topping and carefully cutting lines in it to mimic a clamshell look. Some people also make their conchas look like scallop shells, but that is up to your artistic choices.

You can also get conchas in all kinds of flavors, like vanilla, chocolate, cinnamon, and even strawberry!

There are so many types of Mexican bread out there, and this is an excellent example of a non-sweet version.

The most challenging part of this recipe is figuring out the method to make the iconic shape. You have to create a tight seam and also roll it out without losing the seam. So, what is a baker to do?

The best way to do this is to pull about a third of the piece of the dough towards yourself and press down firmly. You then have to repeat this process until the whole dough section is in a roll shape.

Who doesn’t love monkey bread? It’s a pull-apart bread that you can make so quickly and comes in all different varieties. This Mexican version is a sure show-stopper at your next get-together!

It packs heat with fresh jalapenos, but you can use For extra heat, you could also use shredded pepper jack cheese or include multiple types of peppers. Just make sure that the peppers are cut evenly.

As long as the peppers are cut evenly, you will cook them evenly as well. You don’t want to overcook your peppers or undercook bigger chunks in the bread.

This bread is also known as Day of the Dead Bread because it is traditionally made and consumed during the Dia de Los Muertos. It is perfect if you want an easy and simple dessert for the Day of the Dead.

Typically, these loaves are shaped like skulls, but you can also make other bone designs on the top and lay those across before baking.

It has a sweet citrus taste from the orange glaze. For the best effect, you should put the glaze on right after the buns are done, then sprinkle granulated sugar over the whole surface.

These tortillas are perfect for bringing all of your ideas to fruition. You can do so many things with them. Good tortillas are the critical component for making delicious Mexican food, and this recipe stands out.

This is a less common recipe for tortillas. Many recipes call for lard, vegetable oil, or even coconut oil. Butter is what gives these tortillas their melt-in-your-mouth flavor and will make them irresistible.

For the best texture, you should also let your dough sit for a little bit. This will give the gluten time to relax and make it easier to roll into tortillas.

Elotes are street food made with corn. However, this recipe mimics the shape of the elotes and brings a sweet hit to this traditional dish.

The fun shape is meant to mimic the look of an ear of corn, and you can even add smaller grooves to replicate kernels. Make sure you don’t cut too deep though, it could let the filling escape during baking.

The sweet filling makes this dish shine and gives the pan dulce a pop of color. You can even marble the food coloring to make the filling look more random.

This recipe is not nearly as crunchy as bolillo, but it has the same fluffy inside that makes them irresistible. It is perfect for sandwiches and dipping in enchilada sauce. These are also great with desserts like hot chocolate!

You’ll need a fair amount of space to work since this recipe is best when mixed on a countertop, like homemade pasta. This will give you a better texture, and you can make it more consistent.

You can also use a straw or other long, thin object to make the iconic shape of the telera.

No Mexican bread names list is complete without capirotada. This form of bread pudding is a perfect dessert you can throw together and not worry too much about.

However, you need to have access to specific Mexican cooking ingredients to make this recipe shine. Local Mexican stores should have them, so don’t be afraid to ask one of the employees if you’re having trouble finding them.

If raisins aren’t your thing, you could also try currants. Currants are similar to the raisin but have more of a berry flavor, like a raspberry. They are a little less common but can make these recipes stand out.

This recipe for Mexican sweet bread is perfect for the holidays, and they are super simple to make. All you need to do is make the dough, flatten it out into a circle, and submerge it in hot oil.

These disks of fried dough should be coated in cinnamon sugar like a churro as soon as you pull them out of the frying oil. This makes sure the sugar and cinnamon stick as much as possible.

During frying, giant air bubbles can show up. The best way to stop these from inflating the whole bunuelo is to use your tongs to hold the entire disk under the oil for the first fifteen seconds, so the exterior cooks all the way around. If it’s already cooked, it can’t expand!

This recipe is not for pan dulce but one of the best bun alternatives ever. Once you use these instead of regular burger buns, you’ll never go back. Cemitas are very popular for sandwiches, and you can use them for all different flavors.

This recipe also uses a mix of cream and milk to cut down on the richness. This lightens the dough and doesn’t make them too heavy for sandwiches. You can also add sea salt on top to give it some extra flavor.

Mexican bread recipes can be very intimidating, but this is a recipe anyone can make. You can pull it together in as little as fifteen minutes if everything is prepped.

If you want to add more color to this dish, you could top it with cilantro and add a dash of lime juice. These flavors will go nicely with the jalapenos and other peppers you want to include.

You could also include pepper jack like mentioned above to give this recipe more heat. That is if the jalapenos aren’t enough to satisfy the heat.