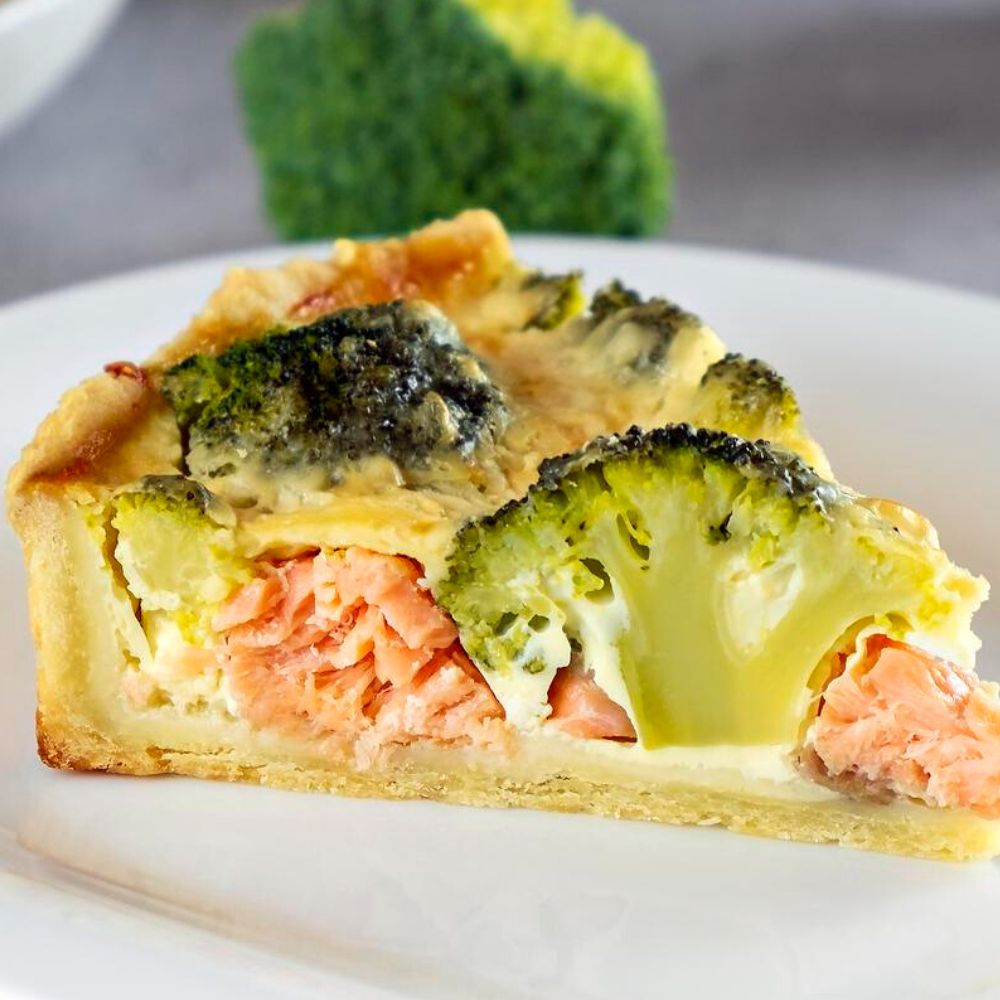 This is a definitively delicious and deceptively nutritious meal that all ages will enjoy!

What I like about these recipes is that it gives you ideas for your own family frittata, whether you cook it on the stovetop or use some leftovers from the fridge.

And when all else fails, this is one simple way to use all your eggs before they go bad!

When I think of the best frittata recipes out there, this is one of them! Or should I say some of them? This recipe is really six recipes squeezed into the disguise of one recipe, just like a Scooby-Doo villain!

Having made all these recipes myself, I would have to say my personal favorite is the roasted red pepper and spinach variation.

The roasted red peppers just fill the mouth with wonderfully juicy and smoky flavor while I can take comfort knowing that it isn’t as high-calorie as bacon would be!

Italian cuisine is often thought of as one of the healthier diets while also being associated with a fine dining, romantic environment.

This recipe may not have some of the flairs that many other Italian dishes have, but it still packs plenty of potent Italian flavor!

By now, you should know that I’m a massive fan of cheese, so when I see just 60 grams of Grana Padano cheese, I have to add just a smidge more for my insatiable cheese cravings.

Even if I didn’t boost the amount of cheese, it would still be the best part of this dish!

Frittata is often favored by those who don’t have a lot of time for preparing a hearty meal full of healthy vegetables for a large family.

This recipe knows exactly that, so it provides two different ways of making it depending on how much time you have.

The stovetop method might achieve some additional flavor from browning veggies, but the baked method can be done quickly without a lot of hassle.

And when it comes to ingredients, the dairy is my favorite to tinker with since each option can have a fairly big impact on the flavor!

If you’ve ever cooked with spinach before, you know how disappointing it can be when you add so much and it seemingly cooks down to nothing.

No problem with this recipe! Even though the spinach is wilted before adding the eggs, it is still easily seen in the finished product.

Basil helps give the frittata a desperately needed freshness and a brief respite from the slight bitterness of the spinach. It also increases the amount of green mingled throughout the dish!

Mushrooms haven’t always been a favorite of my family, but this recipe went a long way in redeeming the funky fungi.

If you still struggle to get the youngest, or pickiest eater to try some of these miracles of nature, try dicing them up into smaller pieces so their attention is focused on the mushrooms’ flavor instead of the texture.

The dried thyme plays the integral role of a quarterback, bringing the whole dish together with its muted but delicate taste.

It’s hard to find a better breakfast frittata recipe than a classic sausage and mushroom frittata.

You can use any kind of ground sausage you like in this recipe, but I find that a turkey sausage complements the mushrooms so much better than beef, pork, or a blend of the two.

The mozzarella is the dish’s savior, and I’m not just saying that because I adore cheese!

The mozzarella gives the dish more flavor and fat so that the frittata doesn’t become dry (especially important if you use turkey sausage!).

Do you ever get tired of doing your “mise en place” like all of the big wig chefs on TV? I do, but that’s when I whip out recipes like this smoked salmon frittata.

Some of the seasonings are only roughly chopped and randomly torn salmon bits provide variety throughout each bite of the finished dish.

Salmon doesn’t usually agree with me but I recently had the chance to try some smoked wild Alaskan salmon that a friend had caught and preserved during a trip back to their home state.

Wowzers, it changed me and this dish!

You might argue that there isn’t a lot going into this dish that makes it scream out Mexican in flavor, and you’d be right!

Tex-Mex has always been a comforting part of my family’s lifestyle, so knowing that I can make another Tex-Mex dish with a simple frittata recipe gives me great joy!

A good homemade salsa will go a long way to adding flavor to this dish.

The best part is that you can simply make the salsa beforehand and it just gets added to the top of the finished frittata!

If you wish you were enjoying the Mediterranean sea breeze while rays of golden sun shine down on you, join the club and make this recipe while you’re waiting for your chance!

There is plenty of color and flavor to make you feel like you are already there in this recipe.

Sundried tomatoes can be overlooked in other dishes quite often, but not here.

They are vibrant and explode with a concentrated umami flavor you just can’t find in regular tomatoes.

These adorable little frittata egg muffins are the perfect size for people with a small breakfast appetite or a summery picnic outing with the family.

I recommend lining your muffin with wax-free parchment paper or using food-safe and reusable silicone muffin wrappers for easy clean-up and transportation of these savory muffins!

Feta cheese is the not-so-secret secret ingredient that elevates this dish with its sharper, tangy flavor profile. It also provides the majority of the fat needed to keep the muffins moist!

Do you like creamy, cheesy broccoli and cheese soup? Me too! For whatever reason, I feel like this broccoli frittata recipe is a solid version of the liquid soup.

If you’re not seeing the resemblance between the two dishes, adding more cheese might help you see where I’m coming from!

Even though there isn’t very much of it in this recipe, red pepper flakes are a surprisingly good match with the rest of the ingredients in this broccoli frittata recipe.

This is another take on Italian food and lifestyle but believe me when I say it is nothing like the recipe we looked at before! It still has classic Italian flavors but those same flavors have been magnified to meet expectations from American taste buds.

The recipe calls for presliced, canned mushrooms but I couldn’t do that when trying to give Italians credit where credit is due.

Opt for fresh baby Bella or button mushrooms that you can slice yourself to avoid any weird aftertastes that can appear from canned varieties.

Sometimes I forget that there are more parts to an artichoke than the leaves and I wonder how time-consuming it would be to extract the edible parts from those parts.

Thankfully, we don’t have to do any of that with any of the vegetable frittata recipes on this list. Instead, we use a jar of soft artichoke hearts.

The garlic’s effect in this dish is three-fold: it provides an appetite arousing aroma, imparts a herbaceous flavor that only garlic could achieve, and can become surprisingly creamy and mild when cooked like it is in this frittata.

This is a newer recipe that makes use of the healthy and quick air frying method.

It produces a tasty dish, but it requires an air fryer to be able to make which is not a standard piece of kitchen equipment in all households yet. Be careful with the cayenne pepper!

I used some finely chopped, fresh cayenne pepper I had been growing in my garden instead of a store-bought powder and my mouth was on fire for the majority of the day after having this frittata for breakfast!

Dedicated zucchini frittata recipes aren’t super common but this frittata has plenty of zucchini and other vegetables for your cheerful consumption.

If you’re not liking the number of vegetables, that’s okay too! Simply swap out the veg for five to seven cups of whatever you want (yes that includes meat for you carnivores)!

I can’t get enough of the mellow sweetness of the pumpkin in this recipe, but sometimes finding a good pumpkin out of the usual season is nigh impossible for these healthy frittata recipes.

Ricotta doesn’t get enough love in the cheese world but I am certain that this frittata recipe will change that!

The recipe calls for an ovenproof skillet or cast-iron pan like many other recipes on this list but I like to experiment with a springform pan from time to time because it makes it so easy to remove and present on a dinner table!

Although I hope that ricotta is popularized even just a little through this recipe, the sweet spice of the nutmeg is what keeps everything in line for me.

Have you ever brought home a rotisserie chicken from the store to make an easy dinner for the family, only to be left with bunches of chicken leftovers?

That’s perfectly normal in my family!

This recipe helps me bring a new, complete meal to the table the next day without feeling guilty for throwing away anything.

Cooking the potatoes in this recipe ensures that they are soft enough to bite into, but try to keep them a little firm so there’s extra texture in the dish.

Frittata ideas can become complex as people try to put their unique spin on the dish by including a little of this and a dabbling of that.

Lucky for us that this recipe doesn’t try to be more than what it is – an egg frittata recipe!

There are plenty of vegetables that could be the star of this dish but here’s the twist (some of you might suspect what’s coming next), the lightly tart goat cheese is what stands out most!

A little bit of cholesterol in your diet is natural and healthy, but the jury is still out on whether or not just two eggs have too much cholesterol for daily consumption.

That’s why I love this high-protein, low cholesterol egg white frittata that doesn’t compromise on its flavor!

You’ll see a lot of the same ingredients as you would in other frittatas but the egg whites make this recipe a little lighter than most.

I prefer using coconut oil instead of unsalted butter because I might as well go the extra mile for a healthy but yummy frittata!

Lots of people don’t like to save leftover rice and pasta after making a meal because they get crunchy from losing moisture overnight.

This recipe circumvents those problems to deliver a scrumptious dish with spaghetti as the main feature!

This is a simple frittata recipe that is light and fresh, with the majority of the flavor absorbing into the leftover spaghetti. When all is said and done, it almost looks like a spaghetti pizza!