A steaming hot bowl of soup is something on the menu for most Koreans most days as one of their most beloved national dishes, along with bibimbap and kimchi. 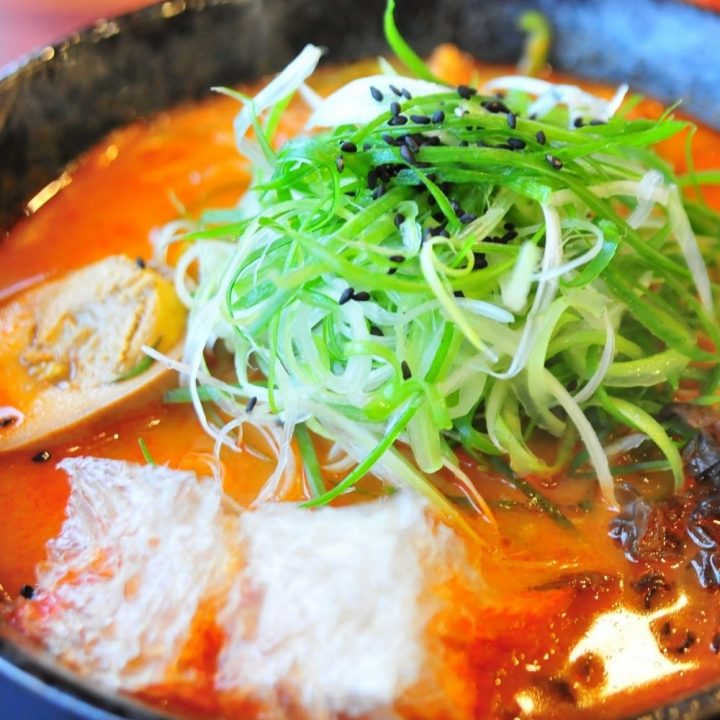 To call all Korean soups ‘soup’ is a disservice as they are so varied, and there is a soup for every occasion.

Most Korean soups fit into four categories: tang and guk, jjigae, and jeongol. Tang is made with beef bones; guk is a skinny soup served alongside the main meal; jjigae is thick and salty with various ingredients and textures such as tofu and chopped vegetables, and jeongol is a communal soup.

Made in the style of a ‘shin cup’ noodle pot, a Korean instant noodle dish, this recipe is much deeper in flavor than its instant pot counterpart but is still relatively quick to prepare.

The broth itself is made with short ribs and flavored with Korean chili paste and kimchi, giving it a spicy and tangy flavor that helps cut through the beefy broth’s richness.

Recognized as a Korean-Chinese fusion dish in the 1960s, Chinese restaurants in Korea began to adopt this traditionally white bone broth by adding in Korean chili powder (gochugaru), turning it red and spicy.

The rice wine (Shaoxing) is the secret ingredient here as it adds a slight bitterness that adds a real depth of flavor to this broth.

A seafood mix including clams, shrimp, squid, and mussels is recommended here, but you can use any seafood mix you can get your hands on.

This is a slightly simpler version of the recipe above, as it relies heavily on pre-made gochujang for flavoring the sauce.

The scallion and bok choy toppings are delicious here, but we recommend also topping it with a soft-boiled egg as the yolk runs into the broth, creating a richer and creamier base.

Would you top this with any other toppings?

Sundubu Jjigae is a Korean soup traditionally made with ground meat, kimchi, and silken tofu.

The traditional recipe is adapted here and fully veganized.

The kimchi imparts a spicy, tangy flavor, and the silken tofu melts into the soup slightly, making it silky and creamy.

If you want to keep this recipe completely vegan, make sure you use kimchi made with a vegan fish sauce.

You can modify this recipe to utilize any vegetables on hand, but don’t switch the silken tofu out for firm!

Egg drop soup (or gyeran-guk) is a comforting and creamy Korean soup recipe that can be served for breakfast, lunch, or dinner.

Made with a dried anchovy or dried kelp stock, depending on whether the eater eats fish, this soup is made with just 5 ingredients in total.

Additions of soy sauce and sesame oil add a nutty, savory depth of flavor while seasoning the broth without needing to use lots of salt.

Loaded with quid, littleneck clams, mussels, and prawns, this soup is a really fresh and relatively healthy recipe.

The secret ingredient is the shiitake mushrooms. They help deepen the broth and add a nice earthiness to mellow out the saltiness and spiciness of the soup.

The spicy chili oil topping makes this soup feel decadent and rich, but you could easily miss this step out if you’re watching your calorie intake.

If you love kimchi and love ramen, you’ll love this recipe.

The gochujang (fermented chili paste) adds so much flavor to this dish, along with the vegan kimchi.

Finding vegan kimchi can be difficult depending on where you live, but we recommend avoiding using freshly made

kimchi and opting for a sour, well-fermented one instead.

For toppings, your attitude should be the more, the merrier! Chives, scallions, and sesame seeds all work well.

As well as being deliciously salty, this soup is incredibly nutritious and made with Japanese wakame.

This is a soup that is traditionally served to aid recovery and as a way to maintain good health as wakame is a Japanese seaweed that is incredibly rich in vitamins and minerals such as folate, omega-3 fatty acids, vitamin B2, and manganese.

This seafood recipe can be enjoyed on its own but is typically served with some protein such as seafood.

Seolleongtang or ox bone soup is a milky broth local to Seoul and seasoned with ingredients including ground black pepper, minced garlic, and scallions.

Beef broth is typically brown, so what gives this broth its signature milky hue? It’s created through the process of boiling ox bones down for hours.

This is a staple for the colder months within Korean households, and so is a great recipe to try at this time of year!

The broth itself is made with white radish, but the bulk of the soup is made with thinly sliced steak strips.

It’s light, refreshing, and makes for a nice change to typically heavy beef-based soups that we most commonly see.

Serve with a bowl of white rice on the side, and you have yourself a great-tasting warming Korean soup dish for colder nights.

Silken tofu is an ingredient you will often find in Korean cooking as it is a great vehicle for flavor and helps bulk out soups.

It’s full of protein and healthy vitamins and helps to lend a creamy texture to any soup it’s cooked in.

Tofu is often thought of in the West as bland, but this spicy soup is packed with flavor and sure to convert any tofu doubter.

Hearty, rich, and deep in flavor, this nourishing soup celebrates the humble beef brisket that, while it requires more loving care than other cuts of beef, is far more delicious when cooked out for a long time.

The broth, flavored with peppercorns, scallions, gochugaru, and sesame oil, helps to tenderize the meat and keep it succulent as brisket is typically a cut of beef that is prone to drying out.

Serve with a bowl of rice and enjoy a delicious way to warm up on a cold day!

If you’re familiar with mapo tofu, this dish is similar in flavor. It uses pork, tofu, and gochujang but is slightly healthier as it skips out a lot of the oil, and the addition of kimchi gives it a unique flavor.

Tangy, slightly sweet, and packed with umami goodness, this soup is incredibly addictive and is a great one-pot meal that can be served in under half an hour.

Are you a fan of mapo tofu?

This is, essentially, a Korean version of the beloved American chicken noodle soup. Sounds good, right?

Flavored with aromats like black peppercorns and scallions, this soup is milder in flavor than the majority of the other soups on this list but is easily one of the most comforting.

However, if you are craving those spicy, funky flavors associated with Korean soups, you can serve a dish of kimchi alongside this soup to satisfy those cravings!

If you’re craving the magic of a spicy Korean soup but don’t necessarily have the time or desire to slow cook a bone broth over the stove for hours, this is just the recipe for you.

It’s short on time but not short on flavor with additions of maple syrup, gochujang, garlic, and soy sauce.

Tip: if you want to preserve the probiotic properties and vibrancy of the kimchi, stir it in at the end when the soup has finished boiling!

Gazpacho isn’t the only answer for when you’re craving a cold, refreshing soup!

This cucumber soup is delicate in flavor but deeply savory. It makes for a refreshing side dish, palate cleanser in between spicier, heavier courses, or as a small dish for when you’re craving something light and refreshing.

To add further to the refreshing notes, you could also add in sliced green apple here!

This dish is also referred to as ‘Korean Soybean Paste Stew .’ If you’re unfamiliar, the paste this refers to is doenjang.

Like miso, this paste has a deep umami flavor and is very salty, earthy, and spicy.

To retain the micronutrients and probiotic qualities of the doenjang, we recommend stirring it in once the soup is off the heat as high heats kill the bacteria that make it so nutritious.

If you’re looking for a hug in a bowl, this is it!

Loaded with salmon, shrimp, and veggies, this soup is flavored with fresh and dry herbs, and the rich tomato base makes it a winner all around the table.

It takes around 45 minutes to put together, which is great in our eyes for an impressive-looking and tasting meal.

Serve with hunks of crusty bread for a truly hearty meal. 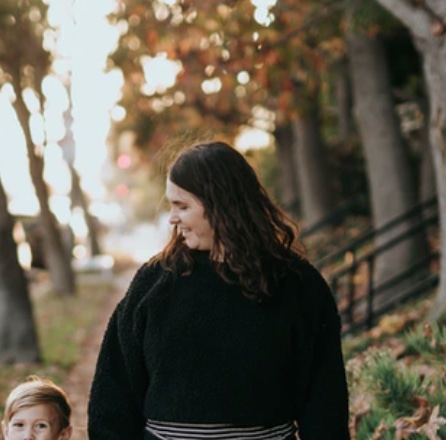