Looking for a quick, easy, no-bake dessert that all your family will enjoy? Try this banana pudding recipe, and I guarantee it will come out perfect. 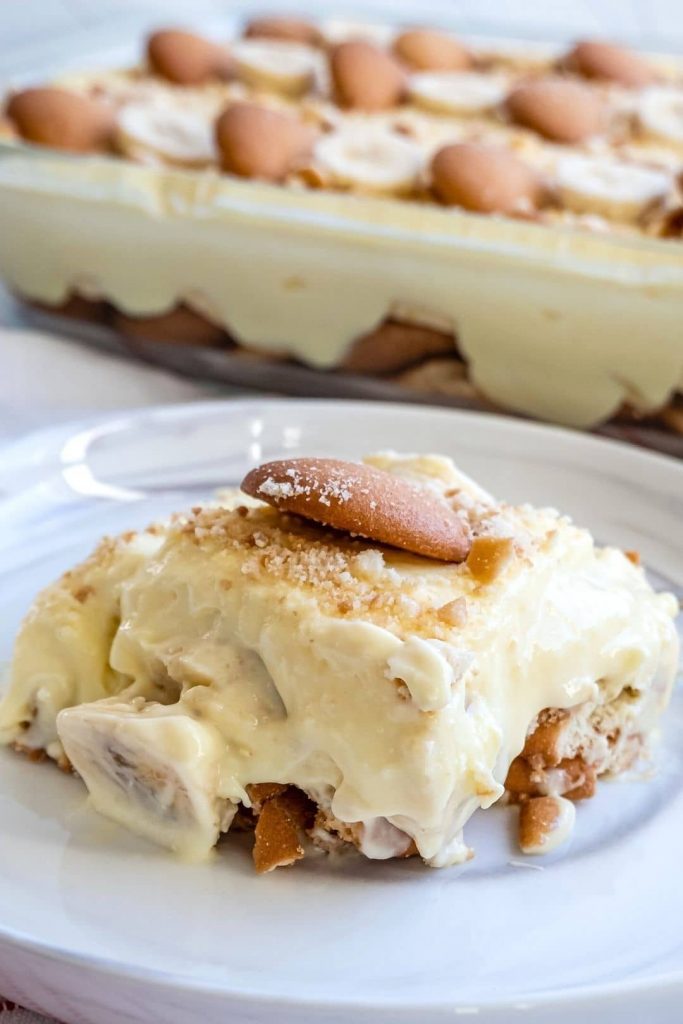 The first layer in this recipe for banana pudding is made with vanilla wafers, followed by freshly sliced bananas and a creamy third and a final layer made with cream cheese, condensed milk, and whipped topping.

How To Make Banana Pudding? 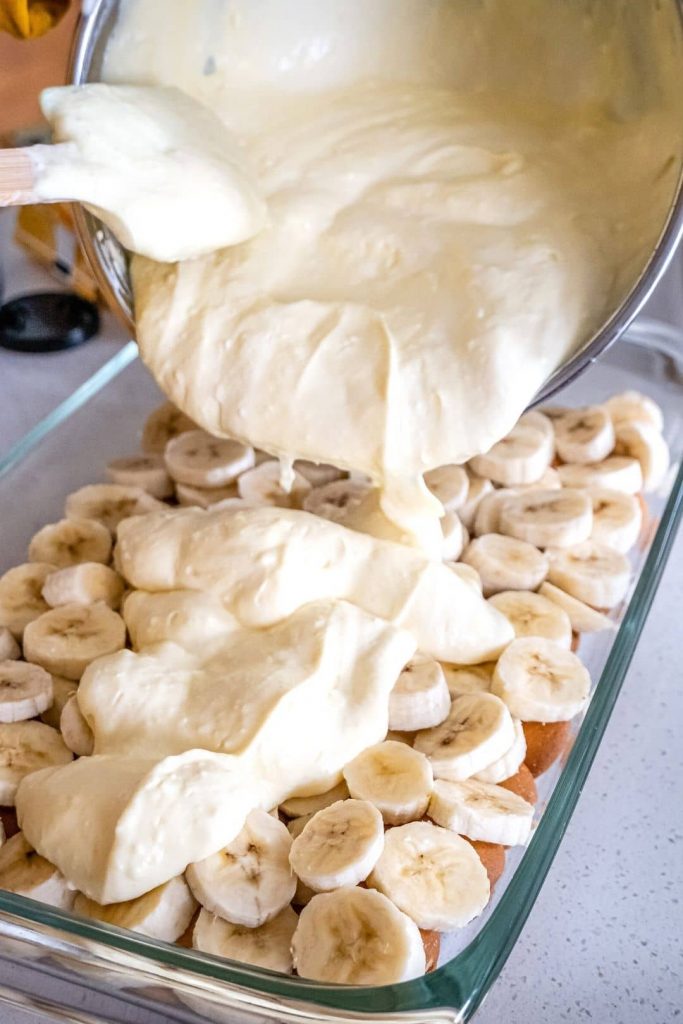 How To Keep Bananas From Browning:

The acid in the orange and lemon juices acts like an antioxidant, preventing the bananas from turning brown.

If you don’t plan to serve the pudding immediately, don’t forget to add the citrus juices to the banana slices because even the ones in the middle will eventually turn brown. Don’t add the sliced banana on top until ready to serve.

Can Banana Pudding Be Frozen?

Yes, it can, but keep in mind the texture will not be the same once it thaws. The pudding will be a bit runny because as the water freezes, it forms into crystals that separate a bit from the rest of the pudding when it thaws.

Bananas will also become a bit mushy and brown. So it can be frozen, but it will be a bit different when thawed. 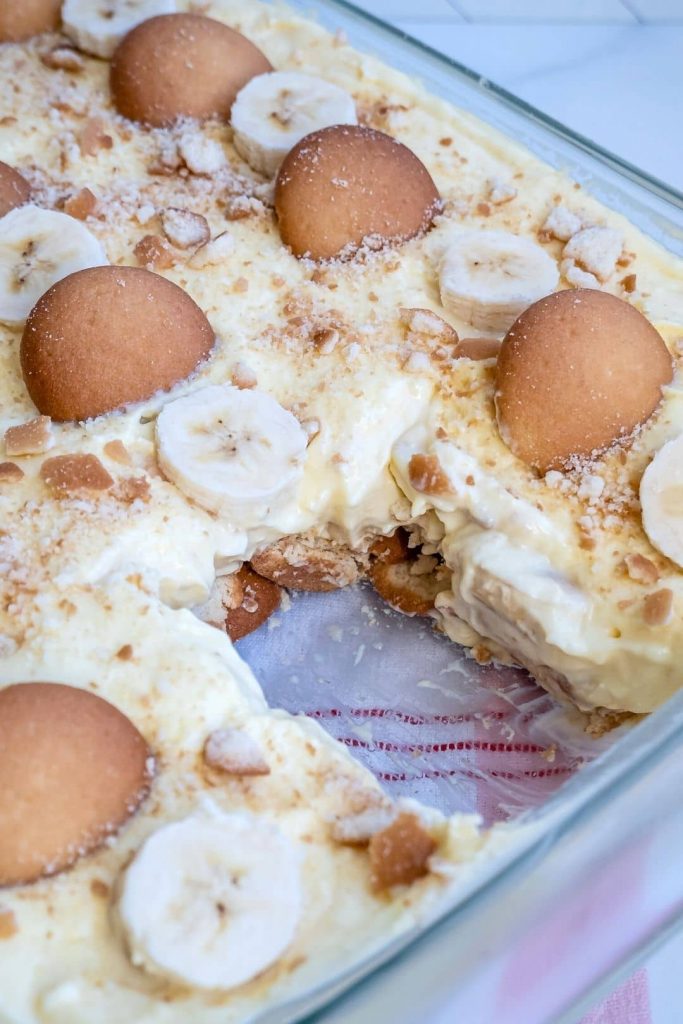 How To Store Banana Pudding?

The best way to store banana pudding is to place it in an airtight container and into the fridge for up to 4 days. The bananas will brown a bit, but the pudding will be in good shape for that amount of time.