One of the biggest issues with cornbread is the fact that it is often very dry and crumbly. This is the best jiffy cornbread recipe that completely changes the cornbread game by making the moistest and fluffy cornbread you’ve ever had. You can bring this to any gathering, or meal or just enjoy a piece on its own. You will want to make this recipe week after week because it is that good. 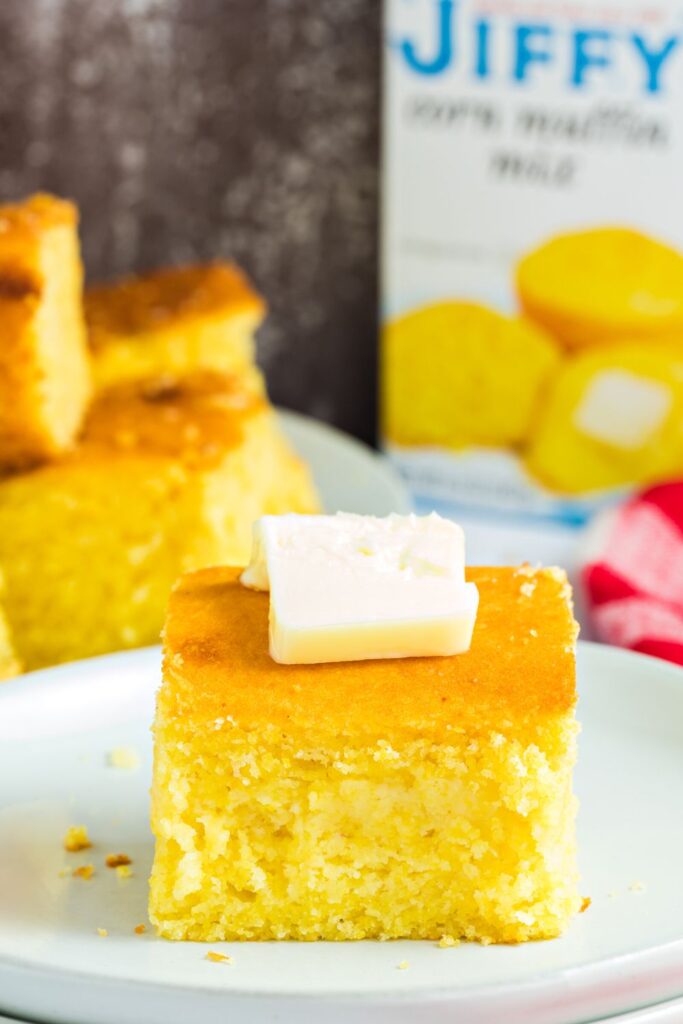 The best part of this recipe is how easy it is to make, you do not need a hand mixer or any special equipment. The small number of ingredients, one bowl, and everything coming together in one easy step is going to make this recipe a staple in your home. 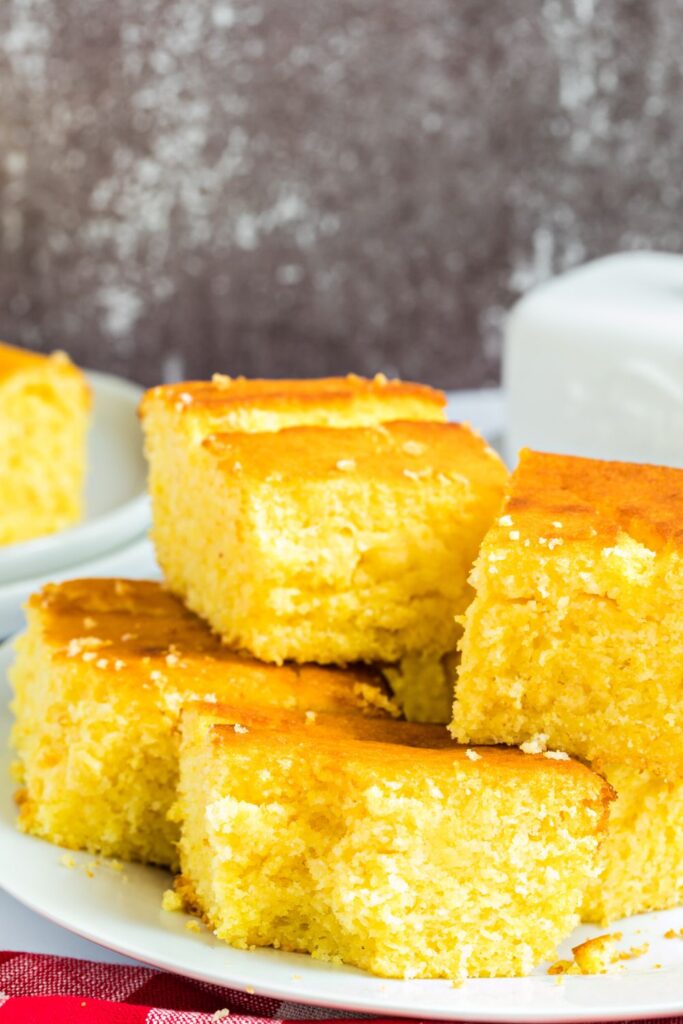 How to make sweet jiffy cornbread?

The secret to making this jiffy cornbread recipe sweet is the fact that you will use a muffin mix that already has some sugar added to it.

If you are not a fan of white sugar, You could try adding in brown sugar, coconut sugar, or a sugar alternative but those variations were not tested so identical results are not guaranteed. 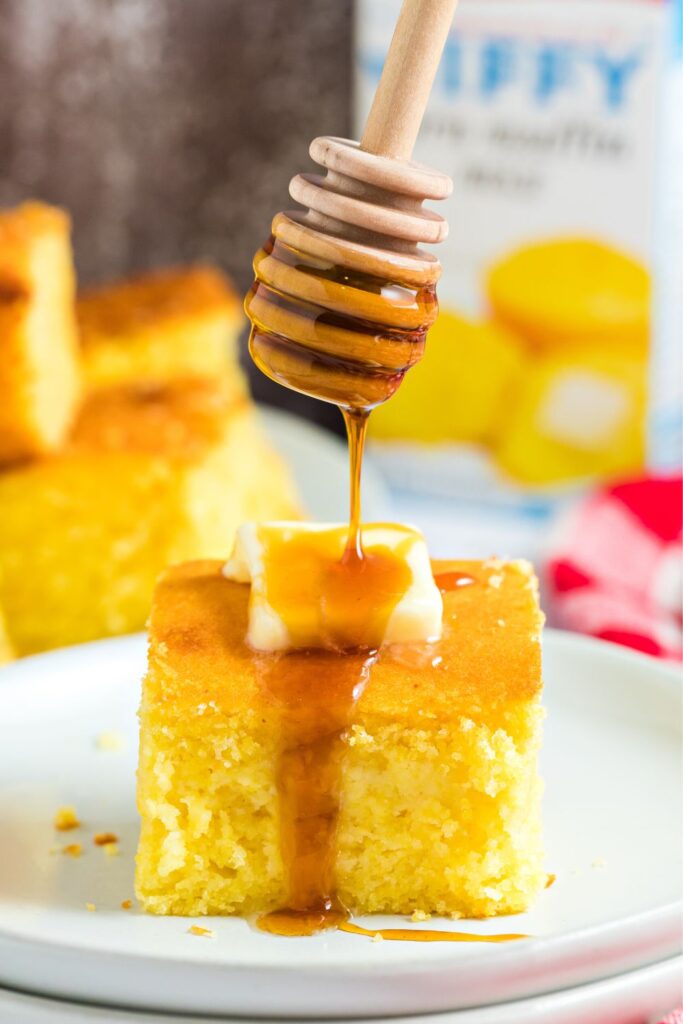 What can I substitute for milk in jiffy cornbread?

Substituting the milk for any other liquid in this jiffy cornbread recipe isn’t recommended because it could change the texture of the final product.

You can use 1%, 2%, or whole milk. You could try using skim milk or fat-free, but the reduction in fat could make this cornbread less moist in the end.

This recipe is also extra moist because you use muffin mix instead of regular cornbread mix. Muffin mix produces a more moist bread than cornbread alone so be sure to not substitute it. 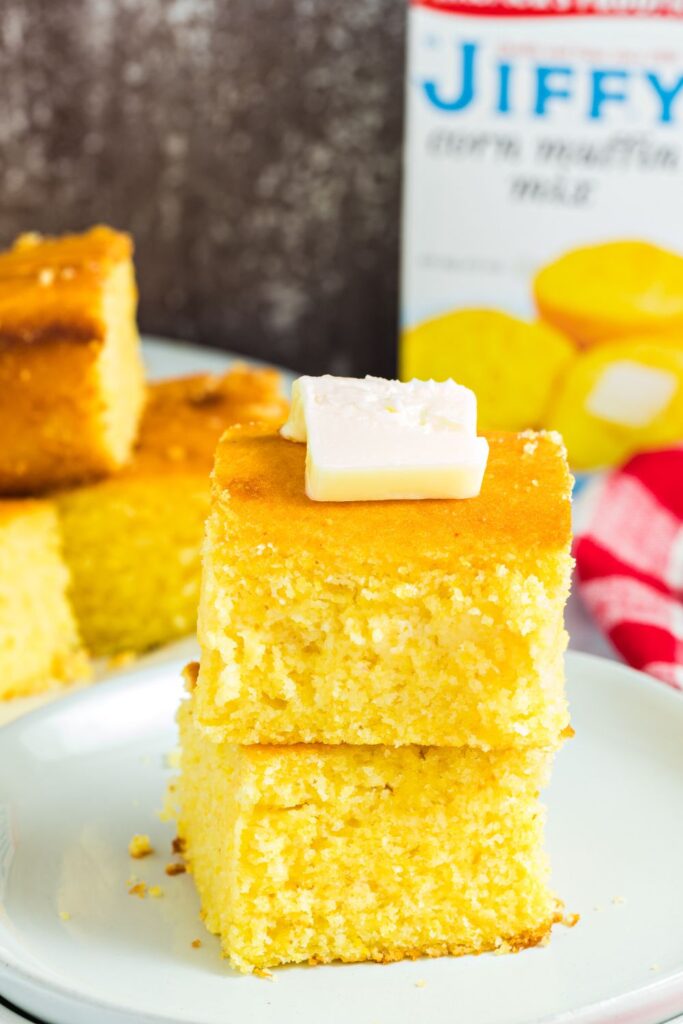 How to Store Jiffy Cornbread:

You can store jiffy cornbread on the counter for 3-4 days in an airtight container or bag. Freezing this jiffy cornbread is not recommended due to its high moisture content.

If you do choose to freeze it be sure to store it in an airtight container and use it within 2-3 months. 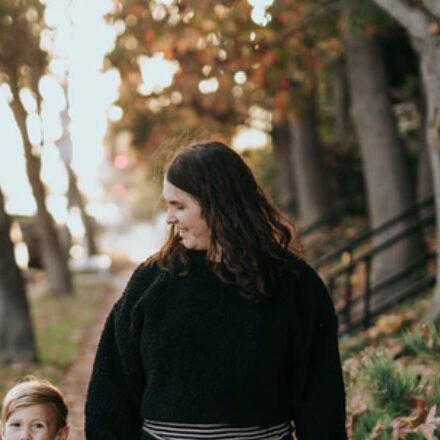